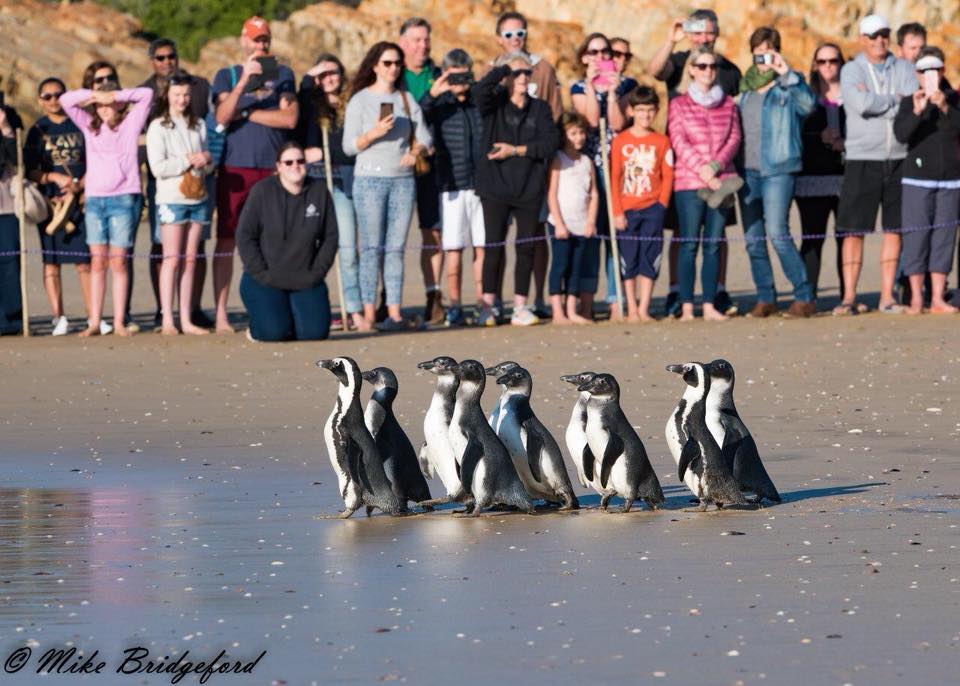 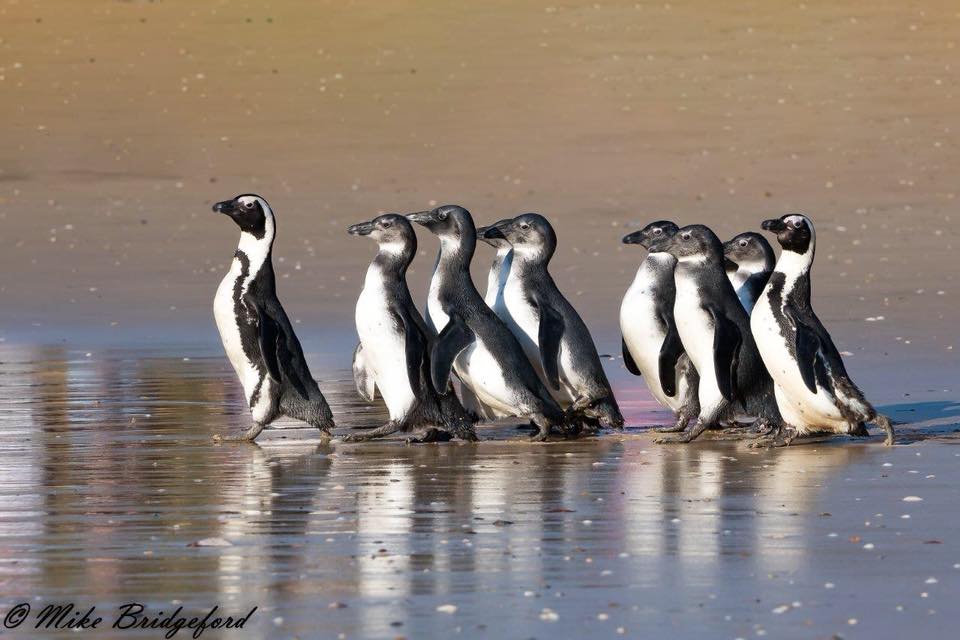 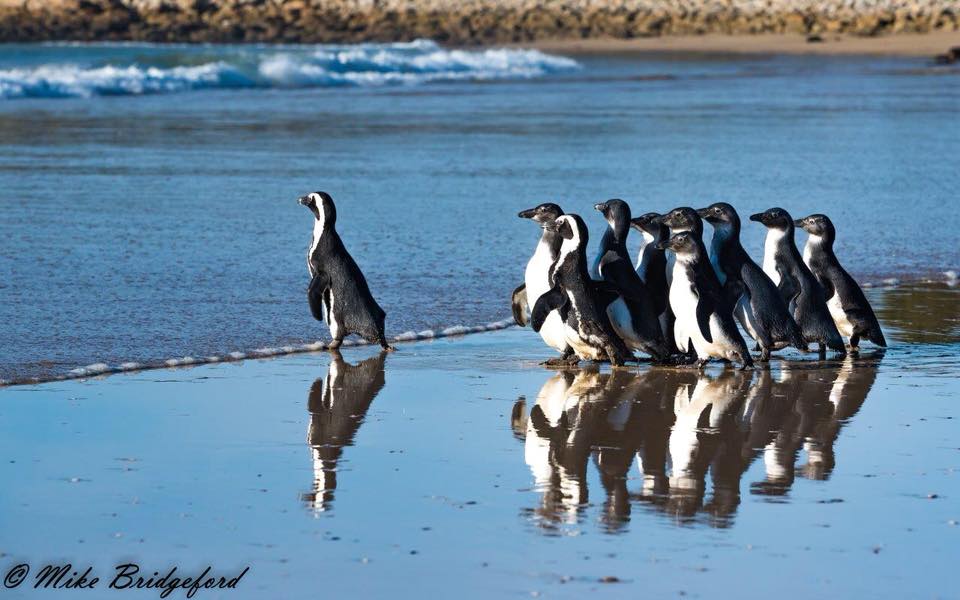 Few can argue the feeling of absolute delight one experiences when the stout penguin in its tuxedo-like pelt, waddles by on its way to surf the waves. Such was the feeling of excitement at Plett’s 4th African Penguin release recently, when two adult penguins and eight blues were released back into the wild. But there’s so much more to the eventual release than meets the eye, according to Dr Mark Brown, director of the Nature’s Valley Trust (NVT). Working closely with Tenikwa Wildlife Rehabilitation & Awareness Centre, Dr Brown explains a few crucial steps in the rehabilitation process.

Typically, four or more penguins are released at a time and this year, the projection is to do at least three such releases. The factors that necessitate

rehabilitation of the birds are varied. Mostly birds that require assistance in Plett are either sick, injured, moulting or have what Dr Brown calls “flat battery syndrome” (a feeling most locals can identify with). Penguins can be affected by a range of illnesses, but the ones most often encountered locally appear to be babesia, a tick-borne blood parasite, and avian malaria. Injuries range from minor cuts and scrapes that may affect mobility or waterproofing of feathers, to more serious wounds inflicted by either other animals, or by entanglements or boat propellers.

Moulting birds come ashore to grow a new set of feathers, during which time they cannot swim as their waterproofing is

affected. Being on the mainland means exposure to predators, both natural and companion animals, so birds are safely kept in captivity until their moult is finished. The flat battery cases are often down to bad body condition (underweight) and

dehydration – they just need some TLC to get back on track and that’s where Tenikwa comes to the rescue.

At this stage, tagging the penguins are a very expensive option, however Tenikwa does microchip every bird that gets

released, which enables them to track if a particular individual comes back into rehab, is located by researchers at one of the breeding colonies, or washes up dead on our shore. The NVT team has a mobile scanner and try to scan every dead penguin reported to them. Chances are high that most of the penguins are from the breeding colony in Port Elizabeth. One microchipped penguin that came into rehab to Tenikwa, had been microchipped at SANCCOB in PE. Penguins move around a lot when not breeding, so it is not uncommon to

encounter large numbers of penguins at sea here in Plett. Presumably, they will stay here as long as there’s enough food. Normally, African Penguins will eat around 500g per day, but this can increase to over a kilogram per day when breeding. Local research into bait fish stocks, conducted by Dr Gwen Penry for BirdLife South Africa, with

assistance from NVT teams, shows good bait fish stocks are in place, which is why we get penguins regularly in our waters.

Sadly, not every penguin that comes into rehab can or will be able to be released back into the wild. Tenikwa has a few long-term captives that are a permanent part of their animal collection, and that play an important role in educating the public about these beautiful birds. Others sadly succumb to their illnesses or injuries. The development of a breeding colony in Plett is definitely still one of the strategies BirdLife South Africa has in place to secure the species in the long term. A colony is currently being

developed at De Hoop, and behind the scenes work with Cape Nature and the Department of Environmental Affairs, along with key stakeholders, around a Plett colony are still ongoing.

“The Plett community is AMAZING!!!”, says Dr Brown. NVT have had four public

enthusiasm for these events with crowds ranging from 150 to 500 people strong attending. On social media the response has been amazing too – the video of the most recent release had a reach of over 35 000 in just 3 days, with over 330 shares. Please follow the Nature’s Valley Trust and Tenikwa’s Facebook pages for updates on future releases. A range of stakeholders facilitate these releases, including the WESSA Beach Stewards, Cape Nature, ORCA, BirdLife Plettenberg Bay and NVT – but the real heroes are the members of the Plettenberg Bay Animal Stranding Network who rescue birds off our beaches, and the rehab team at Tenikwa who get them back up to full health.

Tenikwa will be releasing another